If you make a purchase through the links posted below, I may receive compensation.

There is a reason the term “Taco Tuesday” is so popular! It is because people love tacos! Tacos have been “Americanized” over the years thanks to the do-it-yourself kits in grocery stores back in the ’70s and ’80s. These packages had everything needed to start making tacos except for ground beef and your favorite toppings. A more authentic version of a taco would be made of shredded meat instead of the browned ground beef versions made prominent by various restaurant chains. It is time to get back to the roots of building a flavorful taco by firing up your grill and tossing on some seasoned pork! Let is charcoal grill up some Fiesta Pork Chop Tacos.

What is a Taco?

According to historians, a taco is a Mexican based dish that consists of a “filling” served on a corn or flour shell and then eaten by hand. The sky is the limit with all these possibilities. If you dive into the history of tacos, then some fun foodie facts come to life. Did you know tacos was a food dish in Mexico before the arrival of Spaniards? According to historians, people in ancient Mexico ate “tacos” using a filling often made of small fish. Spanish conquistadors documented that they were served meals consisting of “tacos” when they explored the region. As time went by, fillings took the form of whatever was available to the area the tacos were eaten in. A small village could have plenty of chicken, or pigs, or assorted wild game. Coastal areas probably had fillings based mostly on seafood. Seasonings and toppings would vary as well.

Think of it this way; have you ever looked at a menu at a Mexican restaurant and thought, “wow, everything seems the same… but slightly different?” Now you know why. It is the same reason a Major League baseball hotdog, such as Fenway Frank hotdog, is different than a Dodger Dog severed up across the other side of the country.

Did you know that Columbus introduced pigs to Cuba in 1493? Desoto, a Spanish conquistador brought them to the Tampa Bay area in 1539. Since then, pork has become a standard food product in North America. Pigs could be raised anywhere, so pig production spread quickly across North America. Some culinary history buffs claim the New York’s famed “wall street” is named as such because a wall was built to try and keep wild hogs from entering the city. So, if you have all this pork available, there is a good chance it is going to be used for tacos as well as being used for smoked ham and sausage. The terrific news for us is the fact there is an abundance of Mexican, Tex-Mex, and Southwestern spices and this added to the way tacos are made.

The addition of crushed red peppers, green peppers, cumin, chili powder, and more are all associated with the flavor of seasoned pork. The great thing about this recipe is it uses pork chops instead of a slow-cooked pork roast.

Simply grab some chops and get ready! One note – you can follow the recipe for taco seasonings below or feel free to simply buy a packet at your grocery store.

Directions: Place the chops in a glass baking dish and season with beer and the remaining ingredients, including bell pepper. Cover and allow to chill overnight in your refrigerator. Prepare your charcoal grill for direct grilling over medium heat and place the chops on the grates. Place the marinated onions and peppers in some foil or in a grilling basket place on the grill. Grill pork chops on both sides for 4-5 minutes, depending on thickness and your grill temps. Place the cooked pork chops on a safe cutting surface and slice into thin strips. Chop the cooked onion and peppers and add these to the grilled pork as well. Serve hot on hard or soft shells with your choice of toppings such as avocado, tomatoes, sour cream, rice, and beans, or even sliced cabbage in place of lettuce.

Author Bio: Kent Whitaker, also known as “The Deck Chef,” is an award-winning culinary writer and cookbook author. I am the former winner of the Emeril Live Food Network Barbecue Contest. Also, I cover football, motorsports, and bass fishing. You can reach out to Kent at www.thedeckchef.com, Facebook, Instagram, and Twitter.

This site uses Akismet to reduce spam. Learn how your comment data is processed. 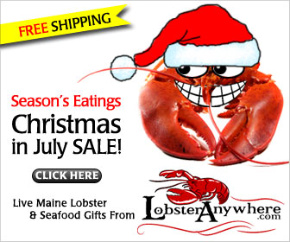 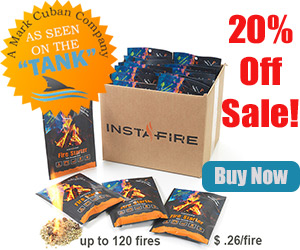